This section explores issues surrounding the accessibility of polling sites. 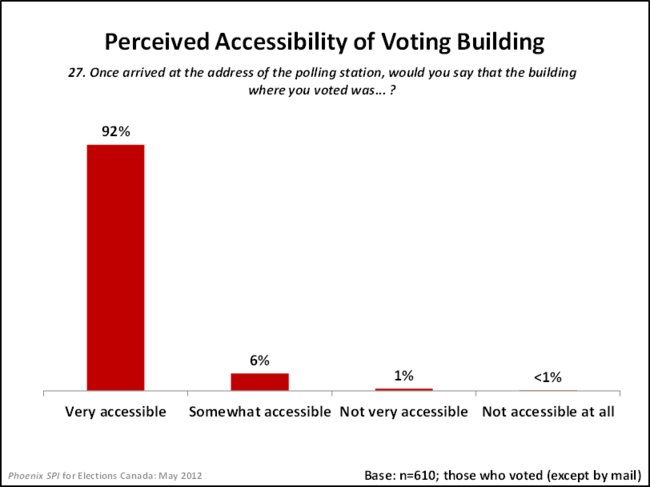 Electors with a disability (90%) were less likely than those without a disability (99%) to say that the building where they voted was either very or somewhat accessible.

Most Feel There Were Enough Directional Signage 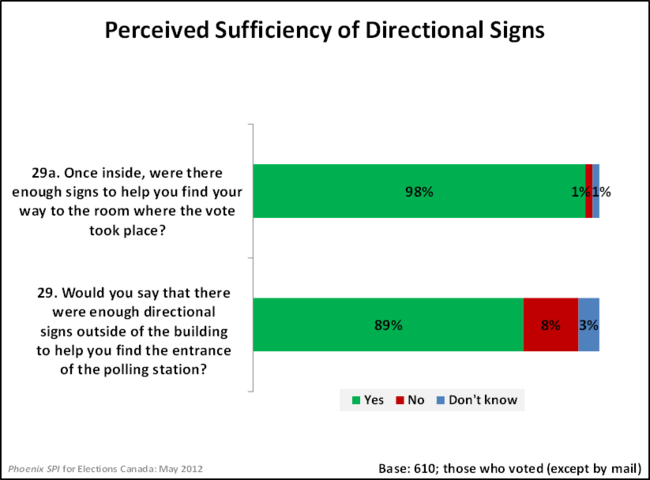 Electors with a disability did not differ in a statistically significant manner from those without a disability in their perceptions of the sufficiency of directional signs either inside or outside of polling sites.

Slightly more than half of the voters surveyed (52%) did not remember seeing signs indicating that the polling station had level access for wheelchairs. A few respondents were unsure (11%). Conversely, nearly four in ten (37%) remembered having seen such signs. This result is slightly superior to that of the 2011 general election, where 33% remembered having seen the wheelchair access signs. 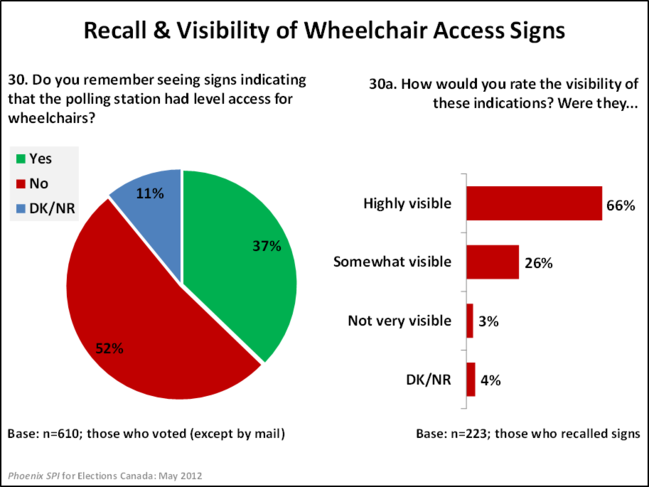 Of those who remembered such signs, 92% described them as at least somewhat visible, with 66% as highly visible. Very few (4%) felt they were not very visible.

Electors with a disability (52%) were more likely than others (36%) to remember seeing signs indicating that the polling station had level access for wheelchairs. When it comes to the visibility of these signs, there were no statistically significant differences between the perceptions of electors with a disability and others. However, the likelihood of describing them as highly visible increased with age, from 25% of those under 25 years to 88% of electors aged 65 and over.