This section explores issues related to voter experience at the polls.Footnote 12

Most Left Home to Vote

Most respondents said that when they went to vote, they did so from home (85%). Twelve percent went to vote from work and 3% from another location. 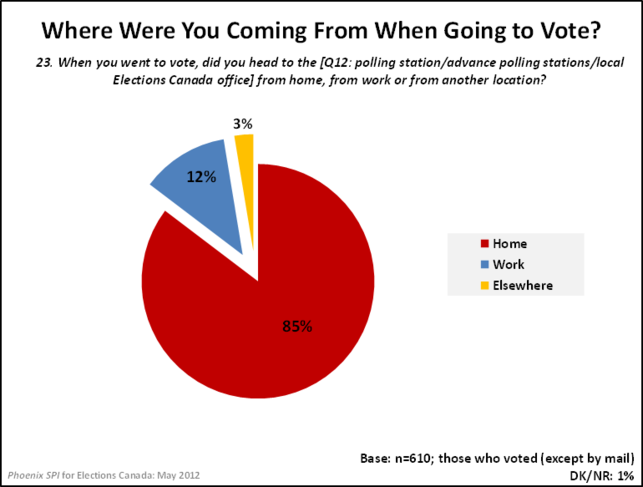 Text description of "Where Were You Coming From When Going to Vote?"

As one would expect, the likelihood of coming from home to vote was higher among electors 65 and over (95%), as well as those who are unemployed (98%) and who stay at home full-time (95%). In addition, electors with a disability (94%) and those with a household income under $40,000 (90%) were more likely to have gone to vote from their home.

Everyone surveyed was served in English and was satisfied with the language in which they were served at the polling station.Footnote 13 Almost all the voters surveyed (99%) said that the waiting time for voting was reasonable. Only two percent of voters needed special assistance to cast their ballot. Voters who needed assistance (n=9) were most likely to seek assistance from staff at the polling station (n=5). Two respondents used a template to mark their ballot and one sought help from a friend or family member. 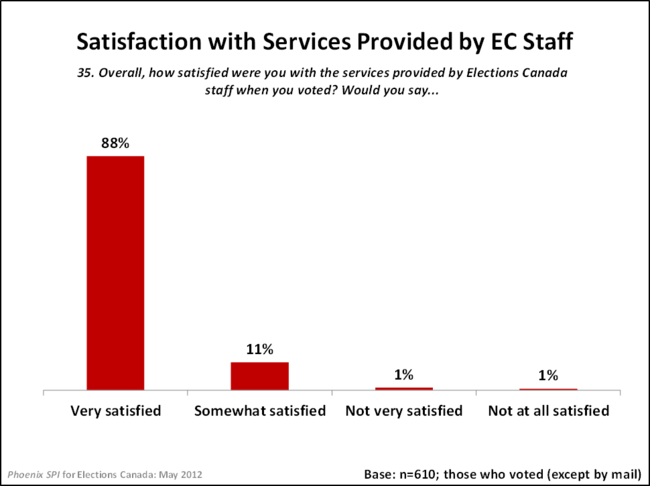 Text description of "Satisfaction with Services Provided by EC Staff"

There was a virtual consensus that it was easy to vote, with 87% viewing this as very easy, and almost all the rest finding it somewhat easy (12%). These results are similar to those of the 2011 general elections, when 92% said that it was very easy and 7% somewhat easy. 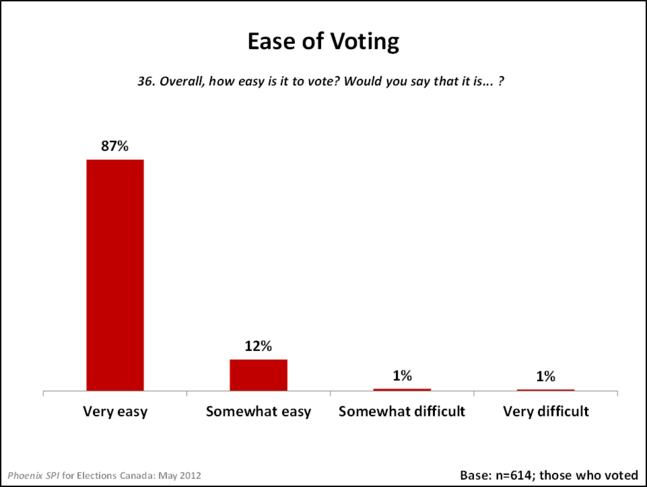 Text description of "Ease of Voting"

Return to source of Footnote 12 The questions in this module were asked of all respondents who went to vote at a polling station on election day or on advance polling days.

Return to source of Footnote 13 Regarding satisfaction, only two respondents were not satisfied (due to rounding, the table on the next page reports the percentage as 100).