Most Voted on Election Day at Polling Station

The large majority (80%) of respondents who said they voted in the by-election reported having voted at a polling station on election day. Another 17% reported having used advance polls, and 2% claimed to have voted at a local Elections Canada office.

These results are identical to those of the 2011 federal general election. 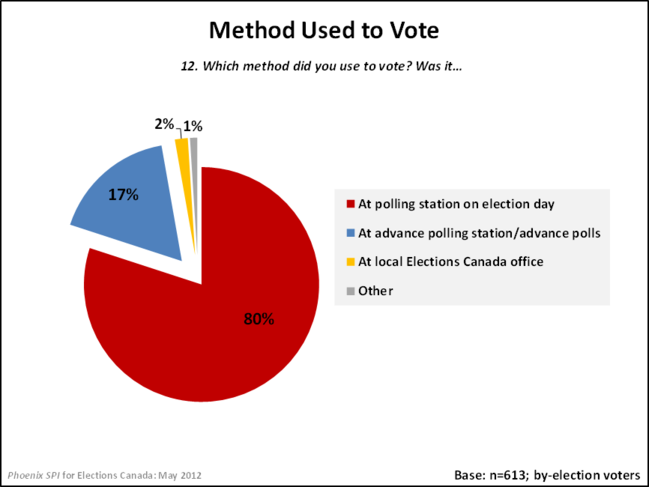 The following sub-groups were more likely to have voted at the polling station on election day: college-educated respondents (90%), electors under 25 years (93%), and students (96%).

Close to Half Knew It was Possible to Vote by Mail

Slightly more than four in ten (44%) knew that it was possible to vote by mail at any time during a federal election. The majority (55%) did not.

Awareness of the option to vote by mail was virtually identical to that reported in the last general election (43%). 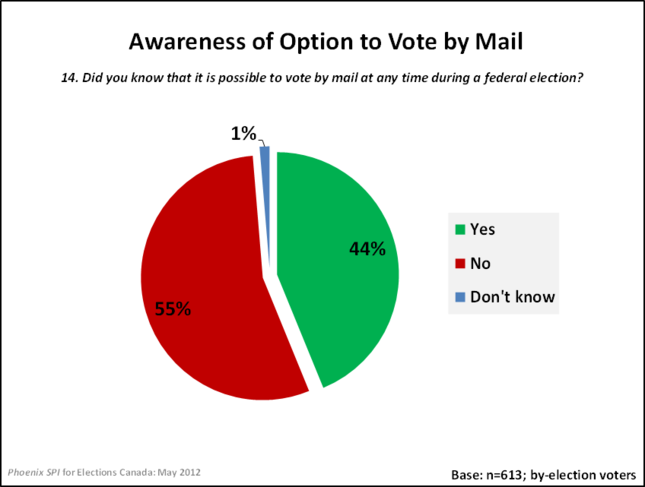 Text description of "Awareness of Option to Vote by Mail"

The likelihood of knowing that it is possible to vote by mail was higher among students (59%).

Very few voters found the process of casting a vote to be difficult. Instead, almost everyone said that casting their vote was very (89%) or somewhat (9%) easy. Still, 3% felt that voting was not easy. Overall, these percentages are similar to the result from the 2011 general election, when most voters said that casting their vote had been a very (92%) or somewhat (7%) easy process. 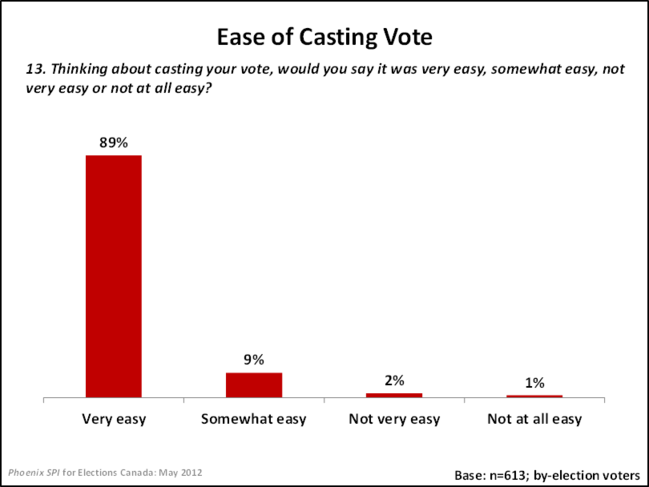