VOTING IN THE BY-ELECTION

This section explores issues related to voting in the March 19th, 2012 by-election.

Large Majority Claim to Have Voted in By-election

Four in five (80%) respondents claimed that they voted in the March 19th by-election.Footnote 7 Conversely, one in five (20%) said they did not. 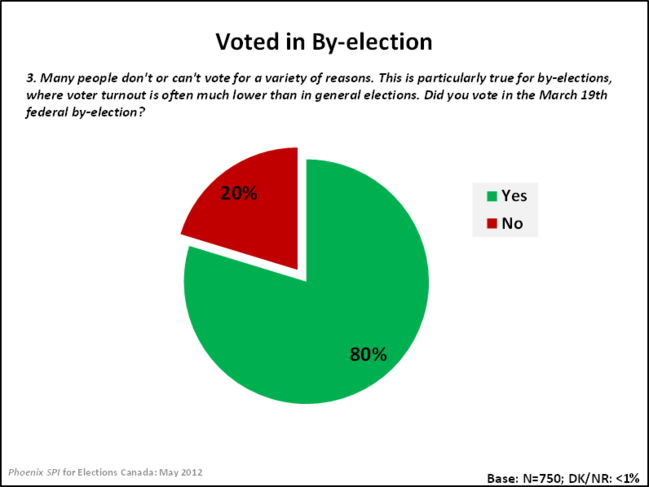 Text description of "Voted in By-election" 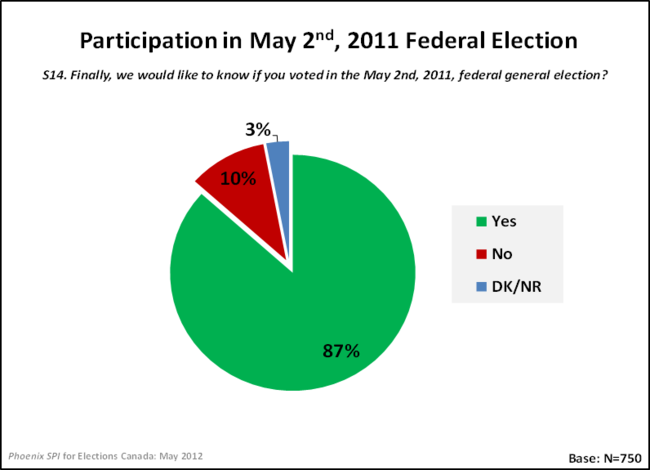 Text description of "Participation in May 2nd, 2011 Federal Election"

Respondents who said they voted in the by-election (n=613) were asked to identify the main reason why they voted. Non-political reasons were most often cited, including the duty to vote (45%) and the habit of voting (25%). Other reasons were more political in nature, such as supporting a particular party (10%) or candidate (9%), or to be involved in the political process (5%). 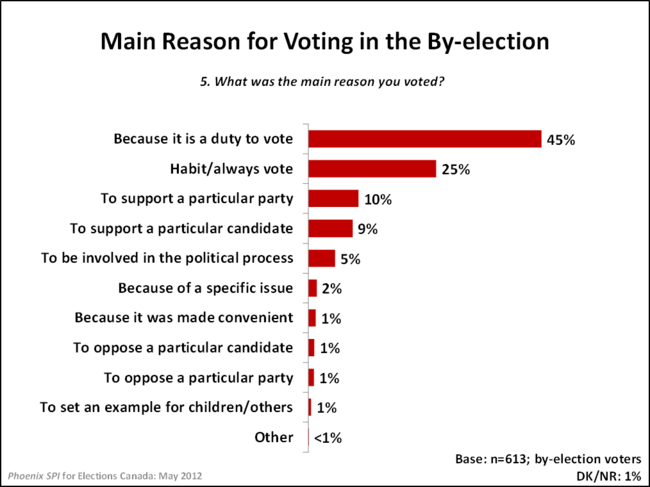 Text description of "Main Reason for Voting in the By-election"

A majority of the respondents who said they were unable to vote in the by-election (n=107) pointed to everyday life issues (66%) to explain why they did not vote. In fact, these reasons were cited almost twice as often as any other types of reasons. 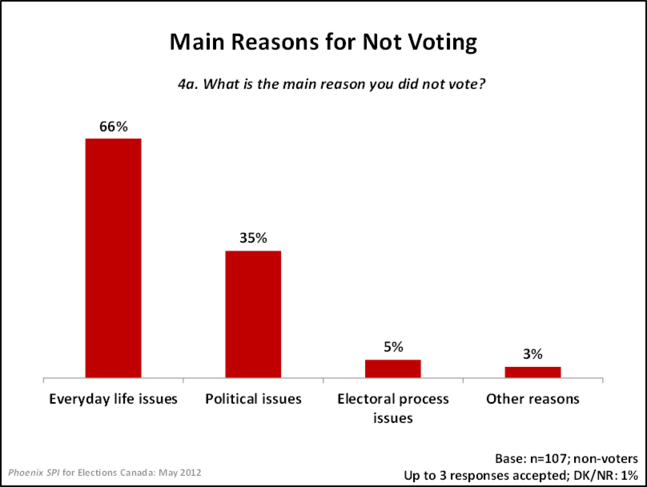 Text description of "Main Reasons for Not Voting"

Following this, 35% identified political issues, and 5% cited issues related to the electoral process itself (3% pointed to some other reason).Footnote 8 Generally speaking, these results are somewhat similar to that of the 2011 general election.

Suggestions to Encourage Non-Voters to Vote

Respondents who did not vote in the by-election (n=107) were also asked to identify what, if anything, could be done to encourage them to vote in the next federal election. In response, 30% did not offer any suggestions, while 21% said that nothing could be done to encourage non-voters to vote. Among those who did offer substantive feedback, the top suggestion, mentioned by 25% of respondents, was the ability to vote online. On that subject, it must be reminded that this suggestion is based on the opinion of 24 respondents. As a reference point, this suggestion was mentioned by 14% of Canadian electors in the 2011 general election (n=69). All other suggestions were mentioned by less than one in ten electors. 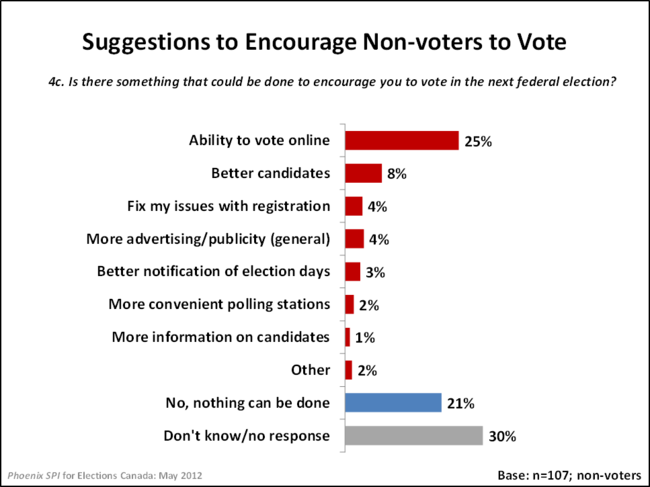 Text description of "Suggestions to Encourage Non-voters to Vote"

Most Non-Voters Claimed They Would Have Voted Online 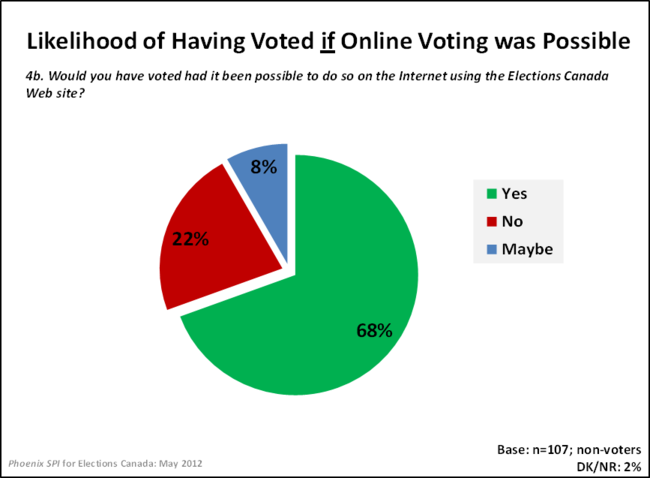 Return to source of Footnote 7 Official voter turn-out in the by-election was 43%. When interpreting these results, therefore, it is important to keep in mind that 1) non-voters are more likely to refuse answering surveys about elections, and 2) social desirability may lead to over-reporting of voting behaviour.

Return to source of Footnote 8 Percentages in the graph exceed 100% because respondents were able to provide multiple responses.

Return to source of Footnote 9 The percentages for the various items may not sum to the totals in the previous graph for each summary category for the following reasons: 1) rounding; 2) the inclusion of issues identified by very small numbers (<1%), and; 3) respondents who identified more than one issue within a summary category are only counted once when the aggregate results are presented.