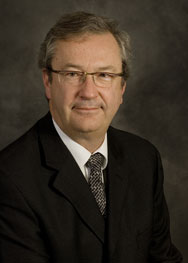 Marc Mayrand served as Chief Electoral Officer of Canada from 2007 to 2016. During his term, he established an open and consultative approach with parliamentarians and political parties on electoral matters, particularly issues related to electors who face barriers to voting, such as electors with disabilities and youth.

Mr. Mayrand launched the Advisory Group for Disability Issues to provide expertise on accessibility initiatives and identify ways to make information about the electoral process more accessible. He also created the Elections Canada Advisory Board to seek advice on the conduct of elections, electoral participation by voters and political participants, regulatory compliance and electoral reform.

During Mr. Mayrands term, Parliament adopted legislation that set fixed dates for general elections, moved the Commissioner of Canada Elections from Elections Canada to the Office of the Director of Public Prosecutions, focused Elections Canadas public education and information programs on primary and secondary school students, and implemented voter identification measures at the polls.

Mr. Mayrand contributed significantly to making voting more inclusive by increasing the accessibility and convenience of the voting process. Under his leadership, the online voter registration service was introduced, as well as the use of social media channels to communicate with electors. He advocated for improving and modernizing the electoral framework, and presented a series of recommendations to Parliament to make the administration of the voting process more flexible with a view to increasing operational efficiency while still maintaining the integrity of the vote.