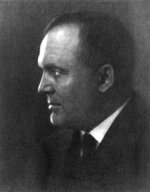 Jules Castonguay was appointed Chief Electoral Officer in 1927 and held the post until 1949. When Mr. Castonguay took office, issues relating to voters lists, which had surfaced during his predecessor's tenure, remained unresolved. In 1929, an amendment to the Dominion Elections Act was passed abolishing the use of provincial voters lists in federal elections. This paved the way for Quebec women to vote in federal elections, even though they would not be able to vote provincially until 1940. Beginning in 1930, federal elections were conducted using only the lists compiled by enumerators going door-to-door, registering eligible electors.

Mr. Castonguay was responsible for the short-lived introduction of two radical innovations that would prove unworkable until the advent of appropriate technology in the 1980s and 1990s.

In 1935, each registered elector was sent a postcard telling them where to vote. Because each card had to be addressed individually, it proved to be too "onerous", according to the CEO's report of that year. The idea was dropped in 1938, and consequently between that time and 1982, a copy of the poll list was sent to each household so electors could check to see if they were on it. In 1982, postcards were reintroduced, and because they are machine-addressed, they continue to be used today as a cost-efficient means of reaching electors and in prompting corrections to the voters list.

In 1934, the government had introduced a standing list of electors, a form of permanent voters list. There was to be a final enumeration and, after that, constituency registrars were to revise the list annually. A revised list was used for the 1935 election but further revisions proved too costly. A permanent voters list would not become an ongoing reality until 1997, when the technology existed to make it organizationally and financially possible.

During Mr. Castonguay's term of office, a system was introduced that allowed Canadian military personnel serving overseas to vote. In 1945, some 342,000 armed forces members serving abroad were able to vote in the federal election held that year. In 1948, discrimination on the basis of race was removed from federal electoral law.