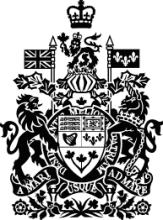 Under section 335 of the Canada Elections Act (the Act), every broadcaster in Canada is required to make available for purchase by registered political parties six and one-half hours (390 minutes) of air time in each federal general election. The Act provides that the allocation of this time among the parties is to be made by agreement among them, or failing such agreement, by the decision of the Broadcasting Arbitrator.

The parties having met by conference call and failed to agree, I am now required to make a binding allocation of the 390 minutes of paid time among the parties. This document sets out my reasons for the decision in that regard.

I was reappointed as the Broadcasting Arbitrator on November 3, 2011. In accordance with section 336 of the Act, I invited all the registered parties to participate in a meeting by conference call on March 28, 2012.

The registered parties who were invited are listed below:

Eleven of the registered parties noted above participated in the call. I communicated with each of the remaining parties and all of them indicated that they wished to be allocated time. One sent me a memorandum on the allocation issue.

Prior to the conference call, I circulated to all the parties a table setting out the calculations of various factors that could be considered in arriving at an allocation.

The starting point for any allocation is section 338 of the Act, which sets out a number of factors to be taken into account. Using statistics based on the 2011 federal general election, one can directly apply the statutory formula in section 338, as follows:

If one applied the statutory formula, as set out above, the result would be as shown in Table 1.

Since my first appointment in 1992, I have ruled that an approach using just the statutory factors was not in the public interest, nor was it fair to all the registered parties, because it did not give the smaller parties enough time to make a meaningful case on the broadcast media to their potential supporters.

If this approach is taken, based on the statistics of the 2011 federal general election, and after rounding to the nearest half-minute, the result would be as shown in Table 2.

This approach significantly increases the number of minutes allocated to the smaller parties, but still gives predominant weight to the statutory factors. The result is that even the smallest parties receive an allocation of at least seven minutes.

Two of the smaller parties urged that an equal time approach be used. Under this approach, the time would be handed out equally to all the parties. This approach was also supported in e-mails received from two of the parties.

Following the discussion in the conference call, I asked each party to indicate which allocation approaches it would be prepared to accept. A majority of the parties participating in the call indicated that they found the modified approach acceptable. However, no allocation approach discussed received the support of all the parties. Thus, I am required to make an allocation based on my best judgment as to where the public interest lies.

In previous allocation decisions, I have noted that I should depart from the statutory approach only to the extent that the statutory formula is unfair to the parties. In those decisions, I adopted the one-third modified approach, using the reasoning noted in the respective Reasons for Decision.

Based on the 2011 numbers, the one-third modified approach gives at least seven paid minutes to each of the smaller parties. This is a smaller amount of paid minutes than smaller parties have received in previous elections, largely due to the fact that the requirements to become registered have eased and more parties are now registered. Thus, the time is being split among more parties.

In my 1992 decision, I noted that in the 1992 referendum, most significant committees were given only 5-15 minutes of free time, and that even the lower amounts of allocation were able to be effectively utilized by certain of the committees involved, but that the ads became particularly effective once a threshold of 1020 minutes was reached. Over the years, I have invited parties to provide evidence on whether a higher or lower amount of paid time is adequate for a party to get its message out to the public. However, I have never received such evidence, and the referendum experience in my view continues to be relevant.

Using the 10-minute mark as a minimum threshold, I note that under the one-third modified approach, even the smallest party will exceed this threshold if one combines the paid time allocation with the free time allocation to which the party will also be entitled.

Is this enough for a small registered party to make a meaningful case to the public? Based on the record before me, I think the answer is yes. In reaching that conclusion, I note that added weight can always be achieved by buying the allocated paid time on more broadcast stations or services, and not limiting oneself to a single station or network serving a market. In addition, parties can of course purchase more time than is allocated to them if a station agrees.

Accordingly, based on the factors outlined in my previous decisions and the discussion in the meeting, I have concluded that the one-third modified approach continues to be the best to take at this time. This approach represents a middle ground, in that it seeks to provide a higher minimum allocation for all parties than the statutory factors generate but still gives greater weight to the parties that are represented in the House of Commons. I am conscious that electoral reform may bring about a different approach to the allocation of paid and free time in the future, but I consider that the proper forum for such a reform is Parliament.

As I have noted before, while giving a fair opportunity for the smaller registered parties to make a meaningful case, the one-third modified approach also gives predominant weight to the statutory factors, and I believe it best meets the public interest test.

I wish to conclude, as I have done before, by thanking the registered parties for their participation in this exercise, which was useful and constructive.

Following a meeting of the registered parties held on March 28, 2012, and pursuant to subsection 337(3) of the Canada Elections Act, I hereby allocate the broadcasting time to be made available under section 335 of the Act on the basis set forth in the Appendix.

Allocation of Broadcasting Time to Be Made Available by Every Broadcaster Under Section 335 of the Canada Elections Act for Purchase by Registered Parties, as Determined by the Broadcasting Arbitrator Under Subsection 337(3) of the Act