Annual Report on the Privacy Act for the period ending March 31, 2016

This section provides an interpretation of several statistics on the processing of requests made to Elections Canada under the Act. All figures and data for the 20152016 fiscal year are provided in the attached statistical report (see Appendix II).

Elections Canada received 43 formal requests for personal information during 20152016, a 34 percent increase from the previous year. Forty requests were processed, with no outstanding requests from the 20142015 reporting period and 3 requests were carried over into the new fiscal year. 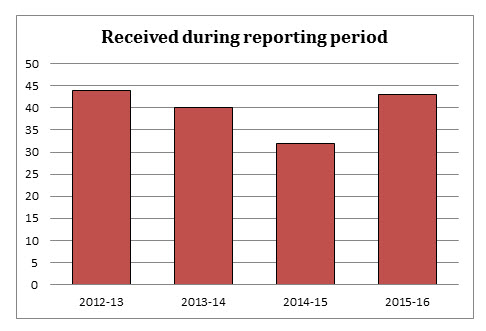 Of the 40 requests completed during the reporting period, 31 resulted in full disclosure of the information requested. This represents 78 percent of all completed requests, the same percent as the previous fiscal year. Five requests resulted in partial disclosure, where personal information of individuals unassociated with the request was exempted further to section 26 of the Act and information subject to solicitorclient privilege was exempted further to section 27 of the Act. No records were found to exist for one request, and three requests were abandoned by the applicant. 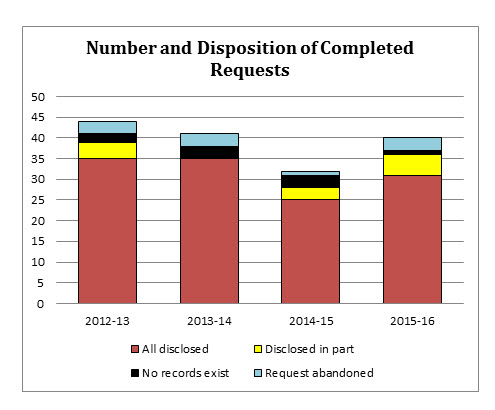 Similar to the previous year, 95 percent of requests for personal information were completed within 30 days. Elections Canada has historically received simple privacy requests that are uncomplicated to process. However, the 20152016 fiscal year included two requests with an increased level of complexity that were processed between 31120 days.

Subsection 8(2) of the Act stipulates that a government institution may disclose personal information under its control without the consent of those whom the information relates. Such disclosures are discretionary and are subject to any other Act of Parliament.

Paragraph 8(2)(m) affirms that an institution may disclose personal information for any purpose where, in the opinion of the head of the institution, the public interest in the disclosure clearly outweighs any invasion of privacy that could result from it or where the disclosure would clearly benefit the individual to whom the information relates.

In accordance with previous years, Elections Canada did not disclose any personal information pursuant to paragraph 8(2)(m) in the 20152016 fiscal year.

There is no charge to individuals for processing requests under the Act.

During this reporting period, the ATIP Office expended $118,440 to administer the Act. Salaries accounted for $96,879 of this total, whereas spending on goods and services amounted to $21,561. Much of the total Privacy budget was allocated to privacy-related activities outside of formal requests for personal information.